During this week’s quest to wander through the annals of time while vaping our favourite e-liquid we visited Bothwell Castle. Bothwell Castle is located near Glasgow in the beautiful country of Scotland. For this venture we brought with us one of my personal favourite Mt Baker Vapor flavours. Which flavour is that? Forestberry Fusion!

Forestberry Fusion e-liquid tastes just like it sounds. It is a wonderful mix of sweet forest berries that are perfectly balanced to make the perfect fruity vape. Blackberry, Raspberry and Wild Cherry all meld together to make this a true fusion of flavours! But enough about the e-liquid. Let’s get back to history!

On a high, steep bank on the River Clyde sits Bothwell Castle located in South Lanarkshire, Scotland. The castle is easy to get to as it is only 10 miles from Glasgow. The castle’s origins date back to the 13th century. Ancestors of the Clan Murray built it as a way to guard the important crossing point on the River Clyde. The River Clyde was very important at this time as it was the main waterway in and out of Lanarkshire. During the later Scottish Wars of Independence, Bothwell would play a key role and changed hands several times between the Scots and the English.

Wandering through the ruins of Bothwell Castle can’t help but make you think about how the reality that we now live in so different. Various parts of the Castle were constructed hundreds of years apart after section were destroyed, and then repaired in the various wars that occured. The juxtaposition of vaping an e-cigarette while looking at a building that was initially constructed 800 years ago is mind boggling.

Forestberry Fusion is available as a 120ml Custom Shortfill, a 50ml Shortfill or a 30ml Flavour Concentrate. Our Custom Shortfills are great in that they let you custom build your e-liquid to your tastes. They also save you money in that they come in a cost effective 120ml bottle at a very affordable price. A true testament to Scottish frugality!

Getting Your Mt Baker Vapor

As we finish up our journey through Bothwell Castle and head back to Glasgow I would like to point out that Mt Baker Vapor is only a click away! We have served thousands of satisfied customers throughout Scotland. Our easy to use website allows you to craft your perfect e-liquid and have it delivered to you fast, no matter where in Scotland you are. Our international headquarters is located in Scotland, so when you buy e-liquid from Mt Baker Vapor International, you are buying e-juice that was made in Scotland! 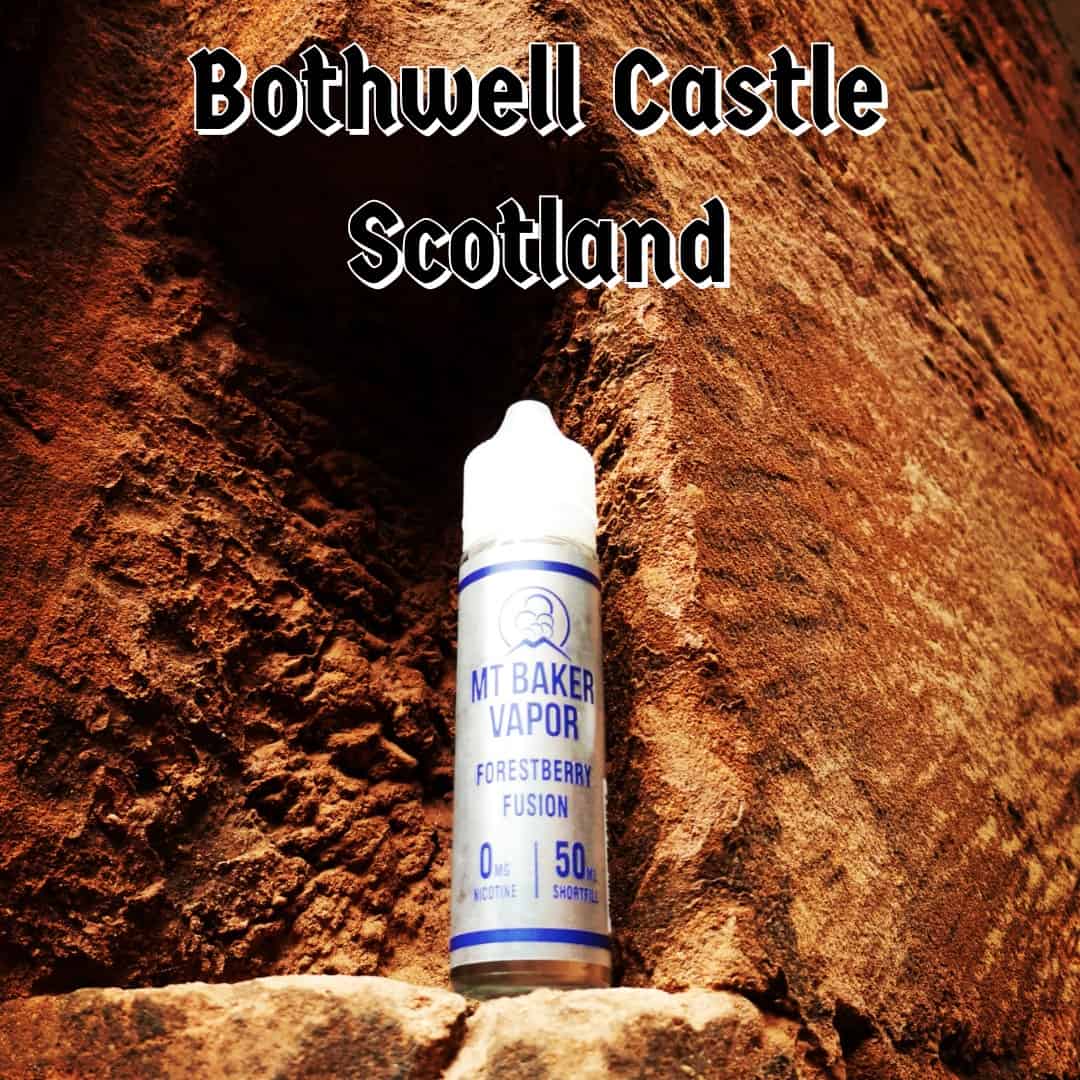