Mt Baker Vapor wouldn’t be Mt Baker Vapor without Hawk Sauce. Hawk Sauce is one of our oldest and most popular flavours. It is also one of our most enigmatic. Throughout my years at Mt Baker Vapor, I’ve met countless vapers who have told me that they have tried to crack the code that is its flavour profile. From DIY veterans to casual vapers, they all haven’t been able to clone it. But what is the story behind this mysterious flavour? Why is it named Hawk Sauce? How long ago was it created it? Why has it been so popular for so long? Read on and I will do my best to shine some light onto Hawk Sauce

All in a Name

When I first heard about Hawk Sauce, it was right after it was created. My friend Matt had created this new flavour that had a peculiar profile. I gave it a try and wasn’t too impressed with it. Then I let it steep for a couple of weeks and BAM! I suddenly knew we had something special. The name that he gave this new flavour was Hawk Sauce. The name made perfect sense to me. Why is that? Because we were all Seahawks fans! At that time, the company was still very small and we all lived in Washington State. We weren’t thinking of anything special when we came up with flavour names. So when Matt said that he was calling it Hawk Sauce, we just thought it was cool to have something that invoked our favourite football team.

It didn’t take long for Hawk Sauce to become one of our most popular flavours. Its fruity swirl of flavours mixed with a dash of cooling became the ADV of countless vapers. I wouldn’t be amiss in saying that Hawk Sauce played a pivotal role in putting Mt Baker Vapor on the map. It immediately became out best selling flavour and 9 years later, it is still one of our best selling flavours. What I find interesting about Hawk Sauce is that, unlike many of our other flavours, it is popular throughout the world. In some areas some flavours do a lot better than others. But Hawk Sauce seems to be loved everywhere.

Hawk Sauce in all its forms

No matter what product we offer, we make sure that we have it available in Hawk Sauce. From standard e-liquid to CBD e-liquid, Hawk Sauce is a must. Below is all the different forms in which Hawk Sauce is available:
Custom E-Liquid
Custom Shortfills
50ml Shortfills
30ml Flavour Concentrates
CBD E-Liquid

Like a popular TV show, Hawk Sauce has had some popular spin offs. Our most famous Hawk Sauce variation is Thawed Sauce. Thawed Sauce is just like Hawk Sauce, but it lacks the cooling element. Hence why it’s “thawed.” Like Hawk Sauce, Thawed Sauce comes in many different forms. The main ones are:
Custom E-liquid
Custom Shortfill
30ml Flavour Concentrate

Faux Hawk on the other hand has a more complicated story. Back in the early days of the company, we ran out of a key ingredient of Hawk Sauce and couldn’t get more of it in for a while. Our customers were clamoring for Hawk Sauce but we literally had no way to make it! So we told them we would make a new flavour to tide them over until we got more ingredients in. That flavour was Faux Hawk! Eventually we got the ingredients back in and the Hawk Sauce flow continued, but many customers came to love Faux Hawk almost as much as Hawk Sauce, so the flavour stayed. Below are the different products that we offer in our Faux Hawk flavour:
Custom E-liquid
Custom Shortfill
30ml Flavour Concentrate

I hope you’ve enjoyed this little trip down memory lane. With a company that is as old as ours, each flavour has a story. In the coming blogs, I will take some more time to delve into the history of other flavours. Until next time! 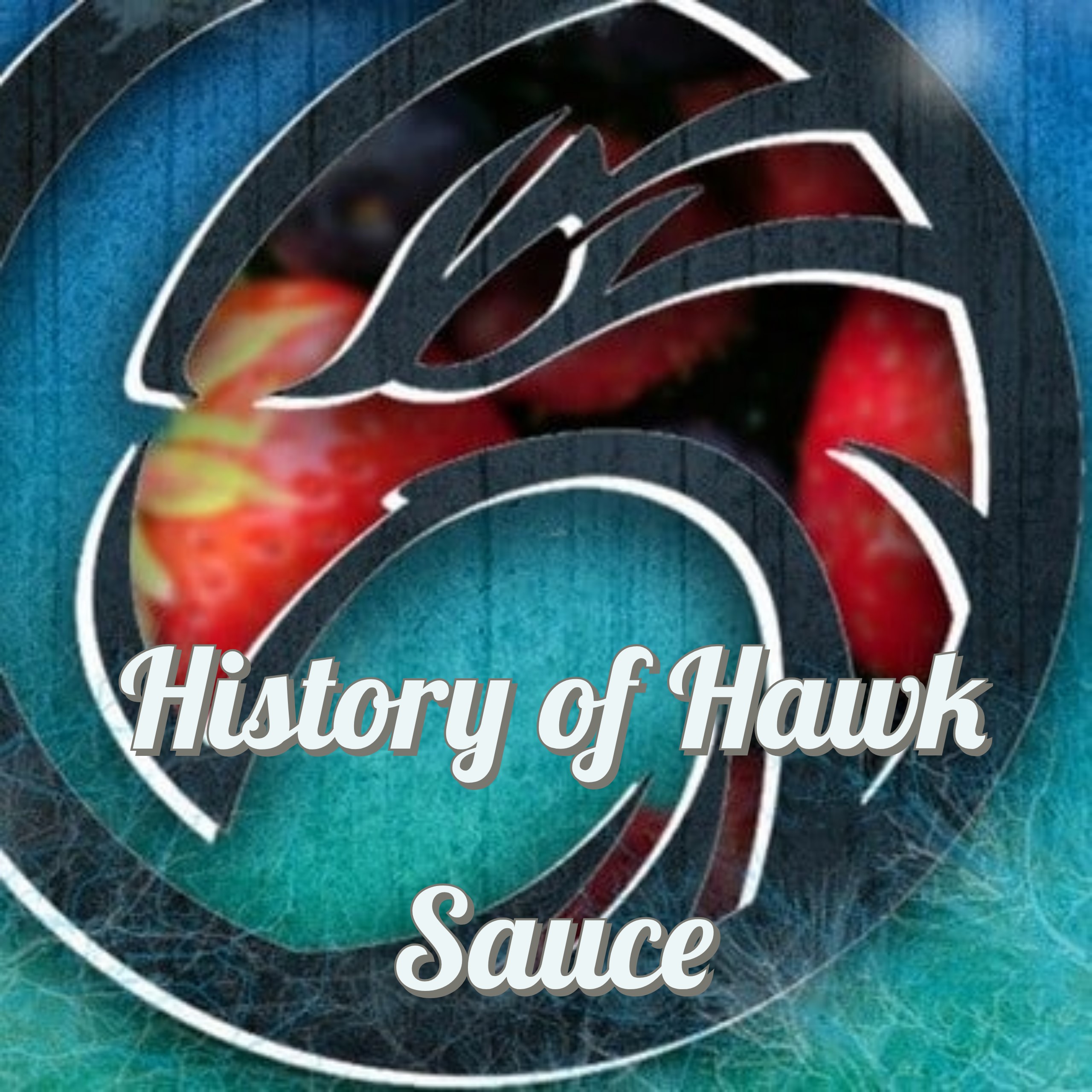