Have you ever wondered if Scotland was a vape flavour, what flavour would that be? Probably not. But when you’ve spent as much time around Mt Baker Vapor flavours as we have, these kind of dumb debates end up coming up. We could just let them float off into the ether. Or we could record them to the annals of history in a vape blog! The latter is probably the more prudent option, but what the hell right?

Maybe we should also change our Butterscotch Vape Flavour’s name to “Queen’s Sweetmeat”? Probably not. But now you know why we have selected Mt Baker Vapor’s Butterscotch flavoured e-juice to represent England. If you are interested in purchasing our Butterscotch vape juice, it is available in the following forms:

Wales is it’s own country. Though still part of the UK, in 2009 it voted to become its own independent country. It is also considered to be a modern celtic nation. How does this reflect on what flavour Wales would be? Well, in our arguments we decided that we had to pick an e-juice flavour that captures the ancient and independent essense of Wales. It’s been decided that the flavour would be Hawk Sauce.

Hawk Sauce, like Wales, is hard to pin down. It has a mysterious, yet wonderful taste. The flavour is a mix of wild forest berries, sour and ice. It is also one of our oldest flavours, so like Wales, it is ancient. Well….maybe not that ancient. But the vape industry is only about 10 years old, and Hawk Sauce has been available for about that long. So it’s relatively ancient! It’s probably not good branding to claim a flavour is ancient. How about time tested? That works better. So there you have it. Wales = Hawk Sauce. If you are interested in purchasing Hawk Sauce e-juice it is available in the following ways:

As an American, I don’t understand the appeal of this flavour, but the Scots love it! Maybe it’s like how I don’t get the appeal of Irn Bru? But either way, what is Boo Boo Brew? It’s a blend of tropical candy, bubblegum and Ice. In many ways it’s as enigmatic as Hawk Sauce. A flavour that many people love, but can’t quite pinpoint why. Maybe that is why it sells so well. You can get a Blueberry flavour anywhere, but nowhere else can you get Boo Boo Brew. Boo Boo Brew is available in the following product types:

Mt Baker Vapor International is headquartered out of the UK. This means that when you order any of our products, you will likely get your vape juice delivered to you within a day or two. This is great for UK vapers because it means that they don’t even need to leave their house to get their favourite e-juice. On our easy to use webshop, they can peruse our vast array of e-juice options. At Mt Baker Vapor International, we offer just about every Mt Baker Vapor flavour that has ever been sold. That’s currently 173 flavours! Unlike other major brands, we also offer our UK customers the ability to fully customize their e-liquid. With our custom shortfills, vapers can craft their own e-juice, and get factory direct pricing! The customizable options include:

Now that you’ve seen which flavour we think represents each country in the UK, feel free to share with us the flavours that you think best represent each country. And remember, if you have any questions, comments or concerns about any Mt Baker Vapor E-Juice products that you order, you can email us at order@mtbakervapor.co.uk and we will get you sorted. 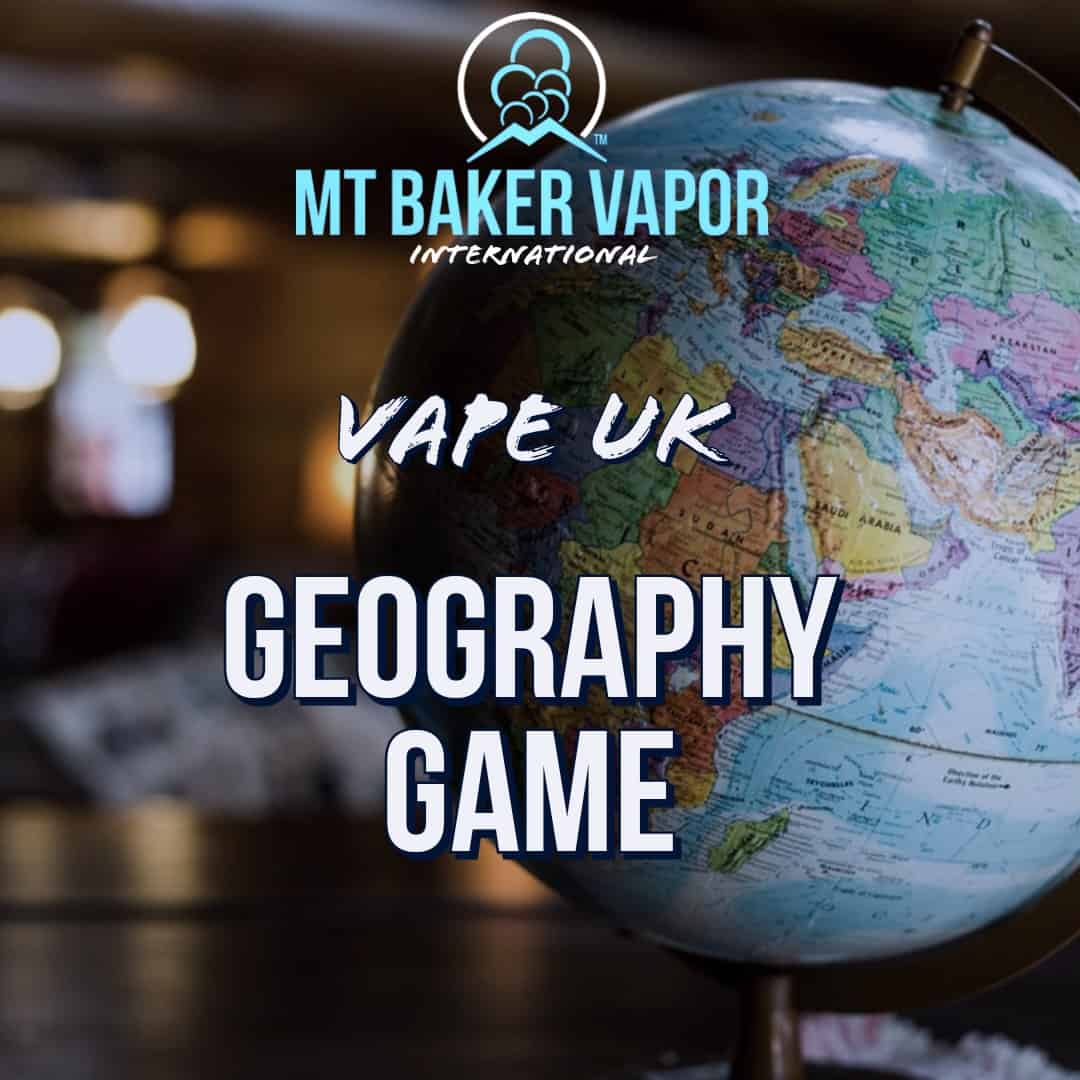