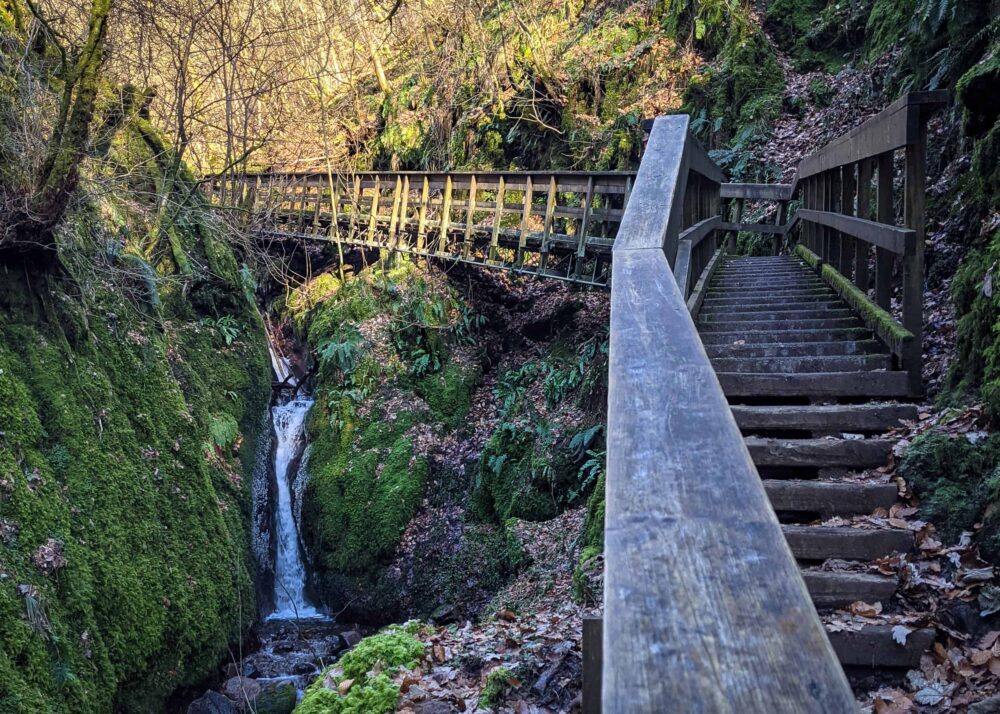 Today’s  vape adventure involved a trek to the medieval Castle Campbell nestled above the darling town of Dollar, Scotland. Dollar immediately struck me as a quaint and historic town with beautiful architecture. This town attracts a large number of visitors each year and it’s easy to see why. One of the main attractions to Dollar is Castle Campbell, which once hosted famous historical figures such as Mary Queen of Scots and John Knox. Dollar sits on a route called the Hillfoots Diamond Jubilee Way, also known as the King’s Highway. It’s believed that this was once the royal route used to travel between Stirling Castle and Falkland Palace. At the start, this map at the trail entrance gives visitors a wonderful guide to the area. It also provides a great place to stop for a vape! After that, the trail gives a quaint first impression! The a path takes you along the stream to your left, as you pass the Dollar Museum on your right. After passing the Dollar Museum, the path leads you through a lush park along the water. You’ll find plenty of benches to enjoy a picnic. With the recent cold weather, icicles have formed to create fascinating scenes amongst the rocks and branches in the water. This trail never gets boring and is perfect for families with children as it’s speckled with plenty of waterfalls, bridges, dipping pools and sneaky glimpses of the castle ahead. Since this trail is a circuit, we took a right at the junction which was amply lined with boardwalks and stairs. 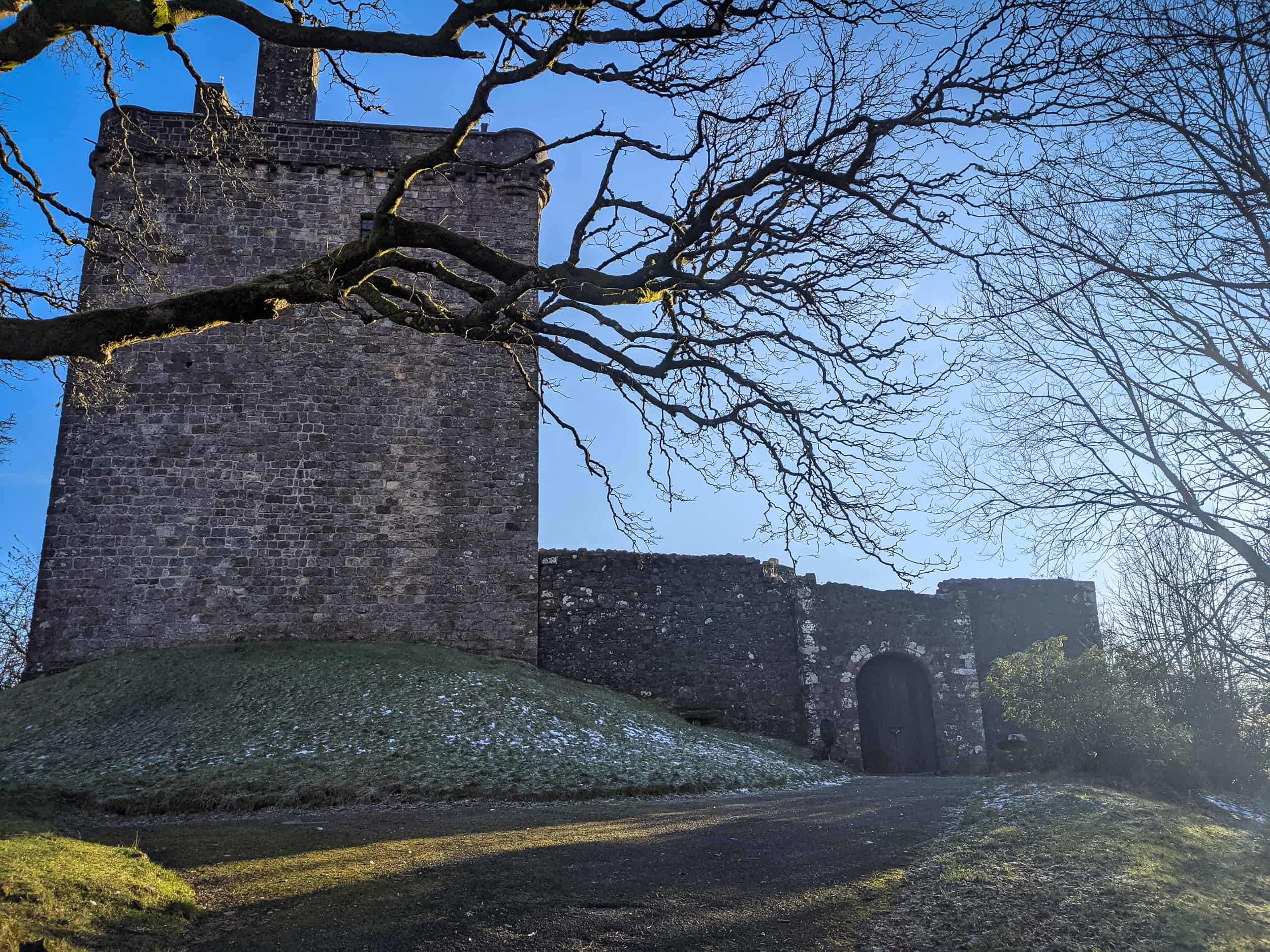 The oldest parts of Castle Campbell were built in the early 15th century. There are also signs that it may have been used as a motte for defenders as early as the 12th century! 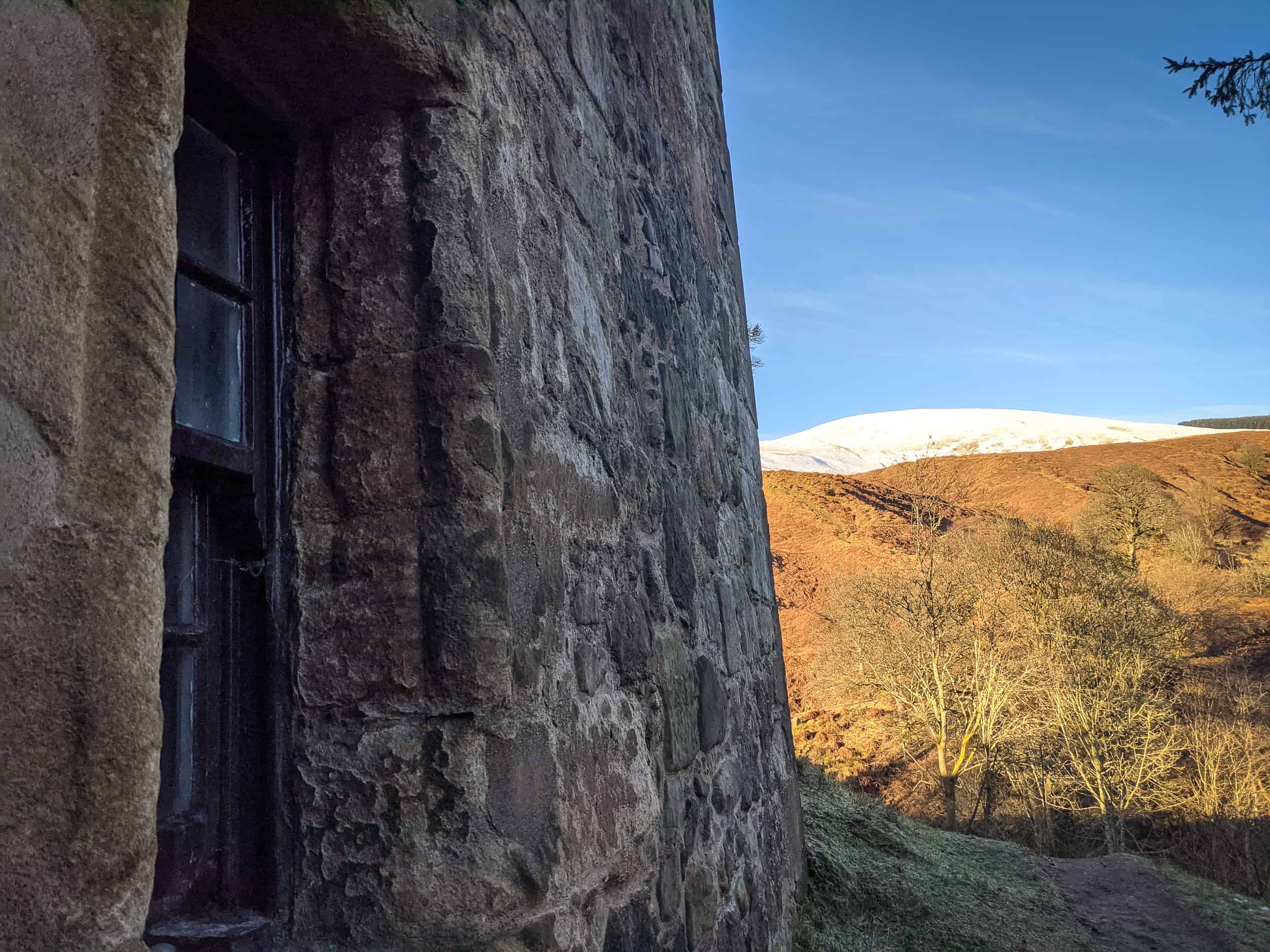 By 1460, the castle was acquired by its most famous resident, the Campbell family. The Campbell’s were the Lords of Argyll and were major supporters of the religious Reformation. They once invited the Calvinist preacher John Knox to the castle to preach. On either side of the castle are narrow gorges, likely inspiring its original name, Castle Gloom. Scholars believe this to be the case due to its similarity to glom, the Scottish Gaelic word for chasm. We took a break to explore the castle grounds and have a snack on the neighbouring bench. This enticed numerous wee birds to approach us for a bite.

The best views of the trek were from the summit. The path became less defined and with the recent snow cover we were careful to watch our step, however, this was the best leg workout! In the far off distance we could even see the bridge that crosses over to Edinburgh.

Vape Break with a View 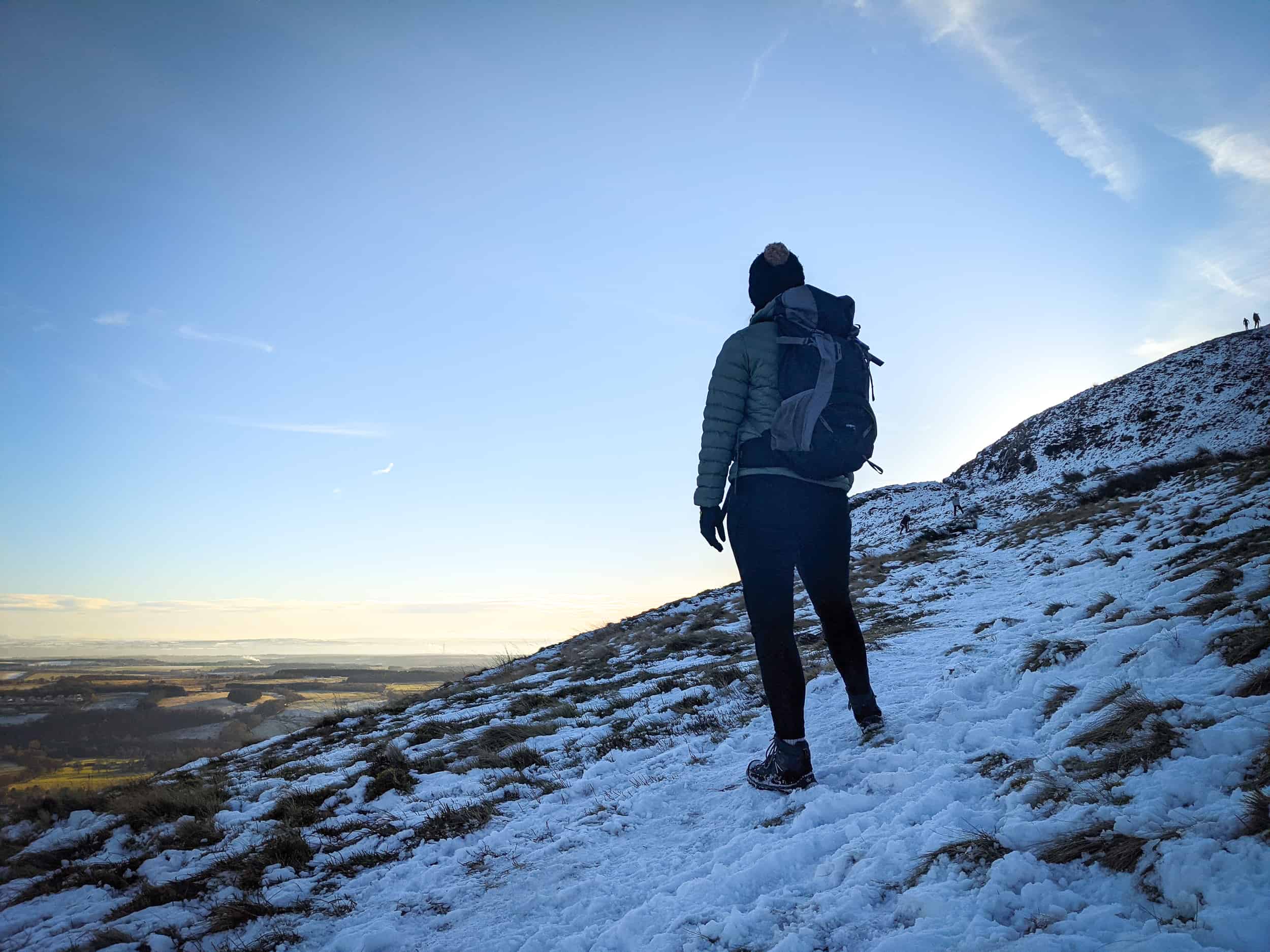 The last part of the trek is a pretty steep incline, but so worth the effort. A few vape breaks along the way were well deserved.

Another Summit of Vaping Getting to the summit was a fantastic and rewarding experience. You can see the town of Dollar and Edinburgh the horizon. You really couldn’t ask for a better view than this. One thing that stood out for me on this hike was the fact that I wasn’t getting winded. It occurred to me that it was the first hike I’d done since I had quit smoking cigarettes. Vaping has made that possible and clearly I’m already benefiting from the effects. At the summit I was able to enjoy the victory all the better with Desert Rain flavour from Mt Baker Vapor International. It’s one of our three Flavours of the Week along with Boo Boo Brew and Razzleberry. Visit our website to purchase these flavours at a 20% off discount until Sunday, January 28th, 2021.

Hope you’ve enjoyed our adventures today. Don’t forget to follow Mt Baker Vapor International on all of your favourite social media platforms! For more information about visiting Castle Campbell, head over to Historic Scotland and check them out.